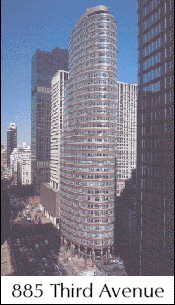 A decade and a half ago, Alvin Toffler in The Third Wave popularized the concepts of "horizontal integration" and "the information era." Some law firms and some clients have been slow to get the message.

While a Fortune 500 corporation may need the vertical power of a gargantuan law firm for some complex tasks such as mergers and acquisitions, other tasks including litigation may be handled best by smaller legal organizations that are adept in marshaling independent, horizontal resources to a specific task. The Simpson "Dream Team" defense is one example of group of independent attorneys creating an ad hoc organization that was superior and more adept than the vertically organized L.A. District Attorney's office. See my article published in the National Law Journal: Courtroom Jousts Now Done by Committee.

My record demonstrates an ability to reach out and create ad hoc legal and expert teams from horizontal resources to deal with the task at hand. The client pays for what is used to solve his problems and not for the costly overhead necessary to maintain a "full service" law firm. Two examples are:

Buchanan Presidential campaign.
New York's ballot access laws are the toughest in the nation. To qualify for New York's Republican Presidential Primary, Steve Forbes spent an estimated two million dollars. Pat Buchanan spent a fraction of that. Given his limited resources, Buchanan's ballot qualification was in itself a major victory, but it required litigation in many different venues across the entire State and a final over-night application in federal court to get the job done.