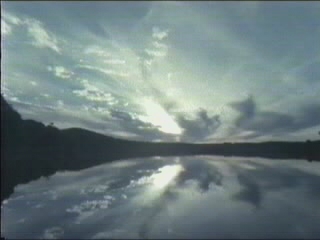 In recent years, I have been active as both a lawyer and a private citizen in the struggle to preserve and protect the environment. Much of that work has been under the auspices of the Sierra Club. Currently, I  represent the Croton Watershed Clean Water Coalition in its efforts to prevent pollution of New York City's water supply from uncontrolled urban sprawl.

I have a Master Degree from New York University in International Law. In 1972, a national law journal published my paper arguing that environmental polluters were "international criminals" subject to universal jurisdiction - just like war criminals. This is not an esoteric issue.

One of the developing "hot" issues is the corporate responsibility of international conglomerates. Recognition that environmental devastation is an international crime is one step towards establishing their responsibility as international corporate actors. In 1997, the National Law Journal published a commentary by me raising these issues in the context of the forests fires ravaging tropical rainforests around the world. I was interviewed by the Corporate Crime Reporter on the same subject.

Representing the Sierra Club
at the United Nations

In 1997, I represented the Sierra Club at the meetings of the Preparatory Committee of the Nuclear Non-Proliferation Treaty Conference. As a Non-Governmental Organization representative (NGO), I helped draft a strong position statement for the Sierra Club, participated in caucuses with other NGO's and lobbied the various national delegations.

In June, 1998, I was elected to the Executive Committee of the Council of Organizations of the United Nations Association.

In 1996, at my suggestion, the Atlantic Chapter of the Sierra Club (New York State) established a working group to explore the potential for a nuclear free future. On April 26th, 1997, I moderated a panel discussion on nuclear energy issues in New York State.

In 1998, I served as Chair of the Sierra Club's Nuclear Waste Task Force (NWTF). Nuclear energy is a cradle to grave environmental disaster. It devastates the environment when we mine the uranium, process the fuel, manufacture the energy and attempt to dispose of the waste. There is no acceptable manner of disposing the waste from nuclear reactors which will remain deadly for as long as 200,000 years.

The NWTF publishes a newsletter on nuclear matters and is organizing a series of national and regional workshops this year. For the latest information visit the NWTF web page.

Increasing globalization threatens to create a new corporate world order which is showing scant respect for human rights. I am CoChair of the Steering Committee of the Sierra Club's Corporate Accountability Network. I have written two Op-Ed pieces on the globalization trend.

Scorched Earth Policy is Intolerable.
National Law Journal, November 17, 1997
The fires eating away the rainforests in Southeast Asia and the Amazon raise questions of corporate responsibility that the international community refuse to address.

If Trade Rules Had Been Used in 'Amistad' Case
National Law Journal, March 9, 1998
The conflict between property rights and human rights is intrinsic to the American experience. Two decades before the Civil War, the Supreme Court in the Amistad case decided just what the priority was. True then, true now.

The Environment and the
Legislative Process

In 1991, I chaired a Conference on the Environment and the Legislative Process. Among the participants were several public officials and leading environmentalists. You can look at the program.

If Trade Rules Had Been Used in 'Amistad' Case